A downloadable game for Windows and Linux

Tower defense with mushrooms! Enemies come in waves from their hill to attack your pumpkin, defend it by placing mushroom towers. There are 8 levels to play on.


This game is made in Godot 2.2 alpha

Neat game, but a lot of the levels are way too short. The idea of the split path on level "3" (why does it start at 0? I know computers do, but the player isn't a computer) is neat, but said gimmick literally didn't even matter because there were only enough waves for me to build half the path. Level 4 was too short for me to finish the path as well, but I didn't even get to upgrade from the basic mushrooms before it was over! This kind of made the final level disappointing as well, as I was excited to try to find the most efficient setup, but it ended when half of my towers were still walls, and my setup probably would've been more efficient if I just didn't try to use the other half of the map at all.

The control scheme is kind of awkward as well. Middle click is annoying to pan the camera with, and replacing mushrooms is a bit tedious when you have to remove it, then pick the new one you want, and then place down the new one. It would have been nice if I could just place new mushrooms over old ones, for example. Camera panning could've probably been moved to right click, with a quick right click on a mushroom deleting it, but holding and dragging would pan.

Besides the minor stuff brought up in my feedback, this is a decently enjoyable game for as long as it lasts. I do agree with the other comments that something like a level editor could've probably quadrupled its longevity (or more!), but I don't regret installing it.

Reply
The Story Nerd1 year ago

Loved playing this game. I just wish there was an endless mode, or maybe some levels were longer.

I like the game idea. Keep up the good work!

I beat the second,third,fourth,fith,sixth,and seventh level on my first try!!!

I loved the game, I just wish there were more levels.

Hi man. Any tips building this from source on a mac?

Can I update this to Godot 3.1 version and make a mobile version for Android, perhaps upload it to Google Playstore?

No, sorry. The art assets are not free to use. I uploaded the source for people to learn from. If you want to create your own tower defense game based on this one you certainly can though. I do plan to revisit this game at some point in the future as well.

I see, I see. Very well then. Looking forward on "Mushroom Towers 2" in the future! :)

I think you should provide all the shared libraries, then we can use:

was the second level i played

That is not a bug, you lack a package on your distro.

installing libssl will maybe not be enough, you also need the same version than the author used. This is why he should probably provide the libs or compile statically.

I made the game with a 2.2 alpha build, it uses the new astar class, and I think a few other new features in 2.2.

It was a nice little game, but how is it spooky?

This is a real master piece <3
I loved the overall design, very simple and smooth. The graphics... man! Congratualtions for doing this!

I found a bug (or not) if we block the entire path, the waves simply don't spawn. Is it possible to fix it by seting the walls to have a health kinda property?

Thank you! You can destroy mushrooms by right clicking them, you get their full cost back, so there's no waste for accidentally placing a mushroom in a wrong spot. 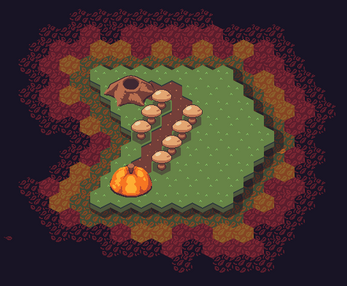 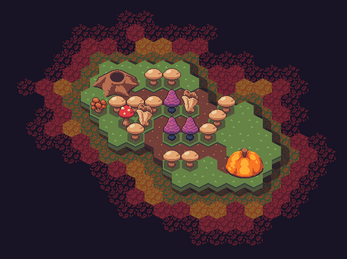 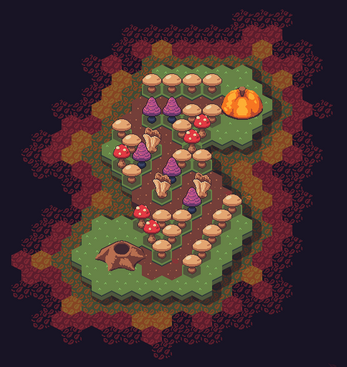